ONE OF MY NEXT BIG THINGS 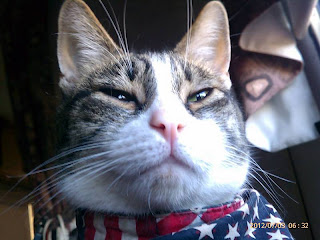 Hello fans. My mom has been  busy wearing her pet grooming hat, her writing hat and her marketing hat and, oh yeah, designing her new Mobile Grooming Hat that she has ask me to pose as her publicist.
Judy has been “tagged,” you know, like swatted in cat lingo, by a fellow author, Dr. Laura Hoopes. Dr. Hoopes, on her blog called The Next Big Thing, http://www.lauralmayshoopes.com/next-big-thing-for-laura-hoopes/ she talks about her new book, Breaking Through The Spiral Ceiling: An American Woman Becomes a DNA Scientist. It’s an inspiring read for any woman facing a challenging career, especially one in which women are greatly outnumbered by men. Laura mentions that her book, Spiral Ceiling, is currently the only available book on the life story of an American woman who made it in science while being married and raising children.
Following this interview, Judy has tagged three authors who will tell you about their "Next Big Thing."

What is Judy’s (and my) “Next Big Thing” you ask? It is BIG!! The title – INVISIBLE HEROES. The story of a dog named Masada who grows up to become a service dog for an Iraq veteran suffering from Post-Traumatic Stress Disorder.

Where did she get the idea for INVISIBLE HEROES? Several years ago Judy donated to an organization called Puppies Behind Bars. The founder, a woman in New York, raised dogs to be trained by prisoners for veterans with disabilities. Judy told me the idea simmered for a while. Last year Judy contacted the woman asking for an interview and explained her idea for the book.  She and I were going to make New York our next road trip to meet the woman, some of the prisoners and the veterans who had received the dogs. The woman was polite but declined. “I’m writing my own book,” she announced.
We were both busy finishing up our second book, GOING HOME WITH A CAT AND A GHOST, so there was no time to dwell on the disappointment.
When Judy finished GOING HOME WITH A CAT AND A GHOST, she grabbed my little cheeks and looked me square in the eyes, and said, “We’ll write our own book.” And so it began. 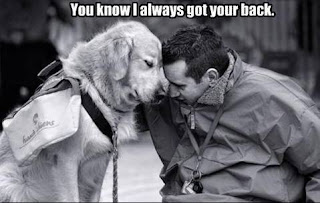 What is the genre? The book is true fiction which means we are already spending many hours researching PTSD, service dog training, as well as interviewing veterans and their families. The task is daunting but we must get it right. It is too serious of an issue to chance getting the facts wrong. Over eighteen veterans a day are committing suicide because of this invisible disease.
What actors would we choose to play our characters in the movie rendition of this book? Of course I would want to play the service dog, but no matter how many treats I eat for the film I couldn’t put on eighty pounds, so I defer to mine and Judy’s all-time favorite dog movie, K-9 Cop. Jerry Lee, Jim Belushi’s K-9 partner, would absolutely have to play Masada.

The one sentence synopsis of INVISIBLE HEROES? The story of two men whose life experiences have left them searching for a reason to live and a dog who helps them find it.
Self- Published or Traditional Publishing?  Judy self-published her last two books, COAST TO COAST WITH A CAT AND A GHOST and GOING HOME WITH A CAT AND A GHOST.http://www.amazon.com/Coast-Cat-Ghost-Judy-Howard/dp/1461153786/ref=sr_1_1?s=books&ie=UTF8&qid=1364138341&sr=1-1&keywords=coast+to+coast+with+a+cat+and+a+ghost  She (and I as co-author) has kept our standing among the top ten percent of Amazon authors since our debut in 2011. Amazon ranks their authors by the amount of sales.

What other books, written in your genre, would you compare to INVISIBLE HEROES? There are many books about dogs serving in the military but I know of only two that are page turners and inspirational as well as informing the public about PTSD. Carlos Luis Montalvan’s, Until Tuesday moved me in that I will never look at a veteran the same way again. Carlos tells his story eloquently as a veteran with this Invisible Disease. At this moment I am engrossed in the book, Suspect, by Robert Crais. 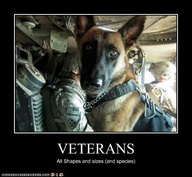 Only time constraints prevent me from reading this book from cover to cover in one sitting. It is the story of Maggie, a military dog who nearly dies in Afghanistan after her partner is killed. She is sent home and paired with an LAPD officer suffering his own demons after almost dying in a gun battle as he watched his partner gunned down and die
.
Who or what inspired Judy to write this book? Judy has been asked this question often since INVISIBLE HEROES’s genre is true fiction and different from her last two books. In fact, each book falls in a different genre; COAST TO COAST WITH A CAT AND A GHOST is a memoir. GOING HOME WITH A CAT AND A GHOST is mystery-romance. “I am drawn to write about a subject by something inside me. I can’t explain it. And when I take it on, I become driven.”

What else might pique a reader’s interest if they read, INVISIBLE HEROES?   This book, scheduled to be released December 2013 will tempt all readers who loves dogs, their country, and want to cheer on characters overcoming insurmountable odds to become better than they ever were because of a dog’s devotion. 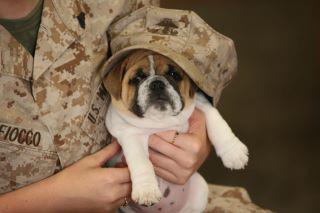 Here are -----authors who Judy asked me to swat…oops, I mean tag to tell you about their Next Big Thing.
May Sinclair  http://www.maysinclairphd.com/ who just released her new book, In The Between, a fascinating and unique story about reincarnation.
Jim Parrish http://www.jimparrishavitator.net/?page_id=2387 who will be a writer to watch when he releases his book.
Peggy Wheeler editor of the Straitjackets Magazine http://straitjacketsmagazine.com/support4/table.contents.fall.2012.htm would like to tell you about all her projects. Too many to mention here. 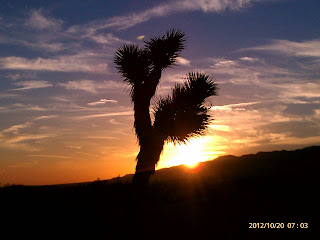 Posted by Judy Howard at 8:34 AM No comments: